Youth take over Parliament for a day

Youth take over Parliament for a day

Over 30 young South Australians took to the floor at Parliament House on Wednesday, October 10, as part of YMCA’s Junior Parliament program.

In a unique opportunity, the 12 - 15 year olds presented and debated bills on issues they were passionate about.

Haydn Robins, YMCA South Australia CEO says, “Junior Parliament is an empowerment and advocacy program that provides a platform for young people to have their voices heard through legislative debate and decision making. It gives our young people a chance to have their say on important issues and to build leadership skills as well as develop an understanding of the parliamentary process.”

Students were able to make their mark on the political stage in front of family and friends, local members of parliament and political leaders such as Paula Luethen, Member for King, and Mark Parnell from the Greens.

In her first year of Junior Parliament, Ella O’Connor, 13, from Scotch College, gave the program a go as she felt it sounded inspiring and like nothing else she had participated in.

“The program sounded interesting. I thought it would be interesting to learn how to write a bill and how to behave in parliament,” she said.

“I think it teaches good leadership and public speaking skills that can be used in other areas of life.”

Being a young female, Ella was particularly passionate to debate the Equal Pay and Opportunity Bill 2018 – an Act to ensure equal pay and opportunities within all working environments.

“Gender equality is important and I wanted to express my opinion as it should be more equal,” she said.

The three-day program ended with students debriefing on the debates and was a time for them to relax and bond through team building and recreational games and exercises. 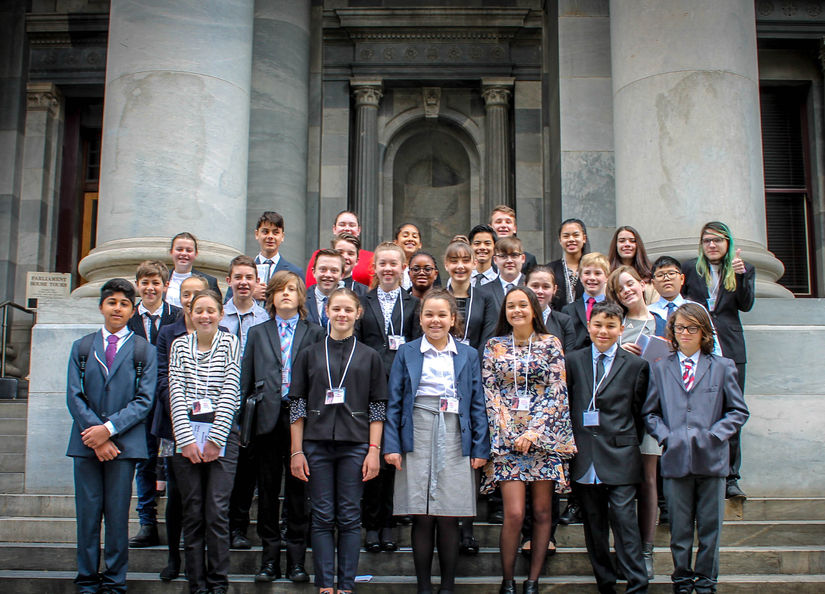